The Semitics/ICOR Library was established to support the teaching and research activities of the Department of Semitic & Egyptian Languages & Literatures and its Institute of Christian Oriental Research (ICOR). The library holdings reflect the twofold interests of the department: the languages and thought of the Bible and the Ancient Near East; and the languages, literatures, and history of the Christian Near East. 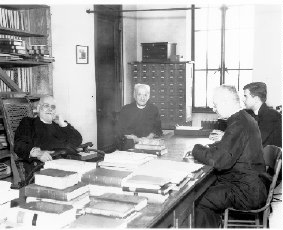 Semitics/ICOR collections complement the holdings of Catholic University's Religious Studies and Humanities Services. Relevant subject areas include: Semitic and Egyptian languages and literatures; Hebrew Bible and Old Testament philology; papyrology; Christian Oriental Studies (Arabic/Classical Armenian/Coptic/Geez Ethiopic/Old Georgian/Old Nubian/Syriac); Islamic studies in general, with good coverage of early Islamic theology and philosophy, and of Muslim-Christian relations in their historical and modern contexts. The Semitics/ICOR Library receives some 230 print and online periodicals. At this time only a small portion of the library holdings appear in the University Library Catalog: Researchers may find cataloged books in the WRLC Catalog of the Washington Research Libraries Consortium. Many Semitics/ICOR materials remain uncataloged, and readers should consult the staff for assistance.

The Catholic University of America is located at 620 Michigan Avenue N.E., Washington, D.C. 20064. The Semitics/ICOR Library is located on the garden level (Rooms 032-038) of the John K. Mullen of Denver Memorial Library on the university's campus. Room 035 is the entrance. The Semitics/ICOR Library houses the Department of Semitic & Egyptian Languages & Literatures and its Institute of Christian Oriental Research (ICOR). Department classes, workshops and conferences are scheduled in the library rooms. The rooms also contain offices and work areas.

The Semitics/ICOR library is open by appointment Monday-Friday between 9:00am-5:00pm, except for university holy days/holidays. Weekend or evening hours may be scheduled with the curator. 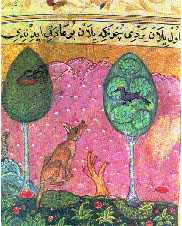